Her run group is Run With Us Merthyr – Thursdays 18.30 Merthyr College

My name is Hannah Phillips and I live in sunny Merthyr Tydfil with my (long suffering) husband, more formally known as Scotty Boy and our beautiful peach of a daughter Blossom.

I got into running completely by accident. Well, technically I got in to it because on a night out in Cardiff I mistook my reflection for that of someone else’s having gained so much weight.

‘That fat girl has got my top on,’ I had said to Scotty Boy discreetly, completely oblivious to his confused expression. ‘She’s got the same haircut as me to.’ I said in a sort of patronising, pitiful, ‘poor dab’, type of manner.

By the time I realised that fat girl had the same colour jeans on as me to, and the exact same green eyes and turned up nose, the penny had dropped and so had morale. Cue my first run to the ladies toilet to wallow in self pity and misery.

So, OK, it wasn’t quite a run but my heart was beating and my face had started to sweat, which luckily the tears disguised and I felt breathless and uncomfortable. ‘I’ve got to do something.’ I whimpered when I finally emerged, completely and utterly sure that fat girl was in fact me. So on the next Tuesday (because I’m a firm believer that nothing should be started on a Monday) I donned the attire of a ninja (complete with balaclava) and set out to run the whole of Merthyr Tydfil.

I managed one lap of the local park, with a lot of walking and a bit of crying before realising I absolutely loved running!

That was around four years ago now and I’ve since run thousands of miles! Literally, thousands.

I’m not sure, when exactly, running became more than just a weight loss aid; probably somewhere between my changing shape and our first miscarriage, when running restored my faith in both my bodies capabilities and mental strength.

Running meant I was pushing myself further than I ever thought capable, which in return exercised so many more possibilities. I blogged about my endeavours as honestly as humanly possible, a warts and all look at someone who was starting right from scratch. Every bit of sweat and chaffing, every trip or fall and every dodgy stomach got documented and shared and before I knew it, I had enough content for a little book.

Here’s where the drum roll would kick in should you be reading this in a drum roll appropriate setting.

I published No Run Intended this October and it zoomed into the bestseller spot on Amazon and pretty much set up camp. It sold nearly nine hundred copies in two weeks and ensured me, Hannah Phillips, from sunny Merthyr Tydfil, had published a journey that anyone can relate to. It bridged the gap from inactive to half marathon fit candidly and humorously and makes this transition seem more than possible.

It’s funny, relatable and a damn good read for anyone like me, anyone who thought they’d never run, discovered they could run and how life changes when you do run. And intended or not, running is now who I am and what I do, other than sometimes tweet Tom Hardy or eat cake, and I am a better person for it. 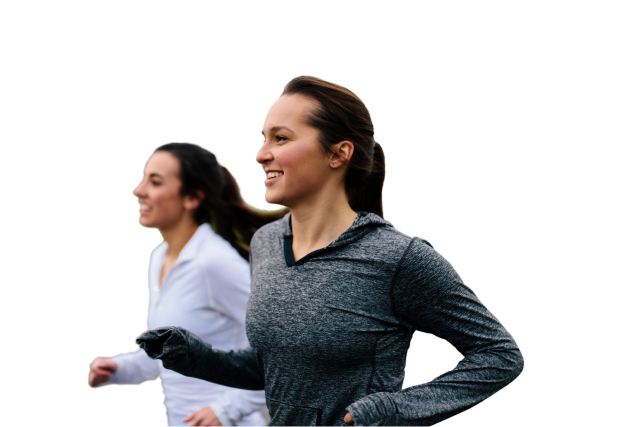